Two weeks before Black Saturday I enjoyed a holiday in Mallacoota. It was a great time that has given me many wonderful memories and one not so wonderful one..

Driving back from that holiday I passed through a little town where a fire had ripped through. I remember looking at the remains of several houses and wondering what had become of those people. Where were they living and how do you recover from something as enormous as losing everything that you owned?

Two weeks later I got to find out first hand when my own house burnt down in the Black Saturday bushfires, and while it took me several months to properly reach out for help, I couldn't stop thinking about those houses I had seen that day. 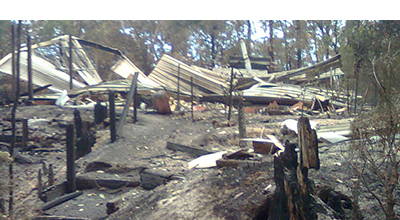 I found the response to Black Saturday quite overwhelming and when I finally went looking for help it was there. I remember thinking that if your home was ever going to burn down, Black Saturday was the day that it should happen. The support was there for me, but who was looking after those people who had lost their homes two weeks earlier? There was no national outpouring for them.

Over the years, the Red Cross and Salvation Army have received a lot of criticism for allegedly keeping most of the money that has been donated to them. The fact is that they haven't kept the money, but this 'idea' has gained a lot of traction and angered a lot of people, so I thought it might be worthwhile to share my own experience with both of these organisations. My hope is to give a little perspective on why all of the money is not handed over immediately.

Following Black Saturday it was around three months before I worked up the courage to properly ask for help, and even then I had to be tricked into it. I'm glad it happened because it changed my life, but I know of people who took years to seek help. And some people never sought it at all.

My first attempt at looking for assistance happened a few weeks after the fires began. My local hall had been set up as a community centre distributing food and clothes to those in need. I went in looking for gloves to sort through the remains of my home. There were a lot of people in the hall and I wondered how so many could have been affected by the fires in my little hamlet. 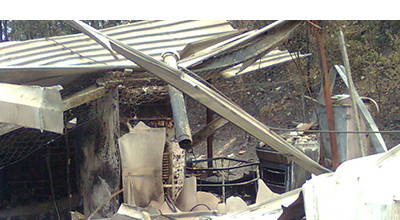 I found the gloves I needed and added them to a small pile of essentials I had collected. I then watched an elderly lady walk up and take the gloves from my pile.

I was exhausted after weeks of fighting fires and adrenaline overload, and even though I was upset, I said nothing. While I didn't know this lady directly, I knew where she lived and I knew that her property had been untouched. I also knew that the gloves couldn't have fit her. 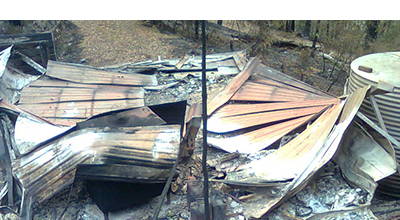 Perhaps she genuinely needed them? Perhaps she knew someone who needed them more than me? But in that moment, feeling as sorry for myself as I did, I decided that was that!

I left my pile, walked out of the hall and committed to accepting help from no-one. Of course things rarely turn out as we plan and often it is just as well.

Three months later I was in a salvos store looking to buy some shirts for work. The lady behind the counter must have noticed something about me and had begun to gently pry. Those weeks and months were a strange time when those of us who'd lost could see our loss mirrored in other survivor's eyes. No words were needed. It was a grim camaraderie and one I guess that lady had learnt to identify.

I didn't want to talk to her. I just wanted some cheap shirts but she kept me in the store with aimless conversation interspersed with fruitless searches out back for much better 'non-existent' shirts.

I didn't know it but she had made a phone call and was buying time for help to arrive. Help did arrive in the form of Major Richard Price and it was in that little Salvation Army shop's back office that I was finally given the kind of support I needed to confront the enormity of what had happened. It was raw and extremely difficult but the road to recovery had begun and it had started months after my home had burned down.

After that watershed moment, I received ongoing assistance from both the Salvation Army and Red Cross. Working alongside many other smaller relief organisations, they were all instrumental in financial and material support as well as helping me begin this social enterprise. I couldn't have done it without any of them and I still found myself leaning on them years down the track.

And they will be there too.